Our first charity featured in #1M10MProject is Voice Found, a Canadian-based, survivor-led charitable organization that is on a mission to prevent child sex abuse and commercial sexual exploitation. Their slogan is “Giving voice to those trapped in the dark.”

Voice Found was created in 2011 by Cynthia Bland, “a survivor who had a successful career prior to disclosure. Once she disclosed (after 42 years of silence) she realized that she needed to DO something. And so in 2011, she founded Voice Found.”

Amanda Sterczyk chose this organization because she believes in what they are doing to help children in our communities.

Thank you Amanda for joining in supporting #1M10M Project!

Amanda Sterczyk is a Certified Personal Trainer (ACSM), an Exercise is Medicine Canada (EIMC) Fitness Professional, a Certified Essentrics® Instructor, and Creator of The Move More Institute (MMI). The MMI is an initiative to promote healthy active living by adding more movement to individuals’ daily lives. She has been teaching group fitness classes since 2010. Amanda has taught men, women and children of all ages, as well as elite athletes. She offers in-home/in-office personal training, Essentrics group/private sessions, and movement coaching/workshops in central Ottawa and via Skype. Amanda specializes in helping older adults maintain and increase strength, flexibility, and mobility. Amanda’s mantra is “Move more, feel better”. Amanda is based in Ottawa, Canada.

Amanda on the Living Fully Show 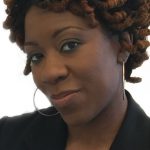